Author: Sheri Denkensohn-Trott
It has been ages since we attended a large gathering. So, we were thrilled to attend the wedding of one of my former interns to the best friend of one of my friends. I guess you could say I was the 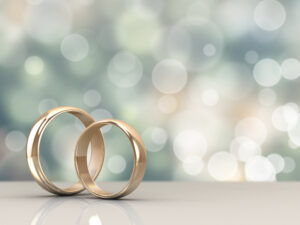 matchmaker. The ceremony was in a church and then the reception was at a delightful coffeehouse. We ate delicious food and had a few drinks! Despite feeling old, we got our second wind and even went to the after party.

The after party was at a great pub that was decorated like an old library. There was a live singer, and per usual I was out dancing and singing away with other members of the wedding group. A great time. As the night went on, we all started to get tired and slowly exited the bar in small groups.

And then, as you get used to in wheelchair world, just when you want to go home the unexpected happens. The door to my van opened with no problem but the lift did not come out. What does that mean? That we could not get into the van to go home. At this point folks were gathering around, and everyone had their idea how to fix the problem. Not surprisingly, those who had imbibed were very eager to lift my 365-pound chair into the van. I was able to convince them that it was not a good idea. 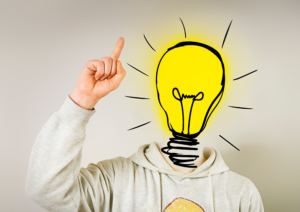 That’s when the quick thinking comes in. As a wheelchair user, it always seems that something happens at the worst time. You are either tired, somewhere far away from where you need to be, or stuck with a chair that won’t work for some unknown reason. And there is no one that can solve the problem except you. And we did. We had two solutions.

First, one of my friends called her mother who happens to use a wheelchair and asked her to come pick us up. I would get in the wheelchair van on the lift and Tony’s chair could be folded up and he could sit in the seat. While that was in motion, Tony remembered that we have a folding ramp in the back of our van that would likely make it easy to roll from the curb into the van to get home and then exit the van with the ramp. One of our friends got the ramp from the back of the van and voilà! Problem solved. 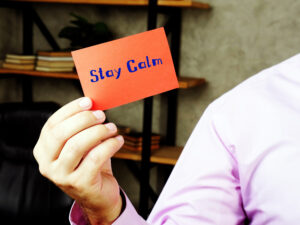 the problem. I guess as wheelchair users and individuals with disabilities we take it for granted, but we are problem solvers every day. It is part of having a disability. While sometimes annoying (especially when you are out in the cold) in the end it is a positive characteristic. Stay calm, think about options, and then figure it out. That’s the best way to go. 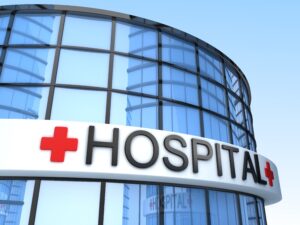 I have a procedure every year that I do as an outpatient in a hospital. It is not a big deal, but mostly done precautionary reasons because I have a spinal cord injury. I recently had the procedure, and all went well. After the procedure I go to the recovery room for about one hour, whereafter I usually wake up relatively quickly.

When I was fully awake and the nurse felt that my vitals were fine, she called my attendant who came to help me get dressed. On with my sweatpants and sweatshirt, as you do not dress up for the occasion. Plain as possible. No jewelry, no bra, no deodorant, or powder. I know the drill.

I was not able to eat or drink after midnight, so by 4:30 PM I was having visions of coffee. Luckily there was a coffee shop in the hospital, and I was able to grab a cup before they closed. And it was heavenly! I got home, had some scrambled eggs and pancakes (a 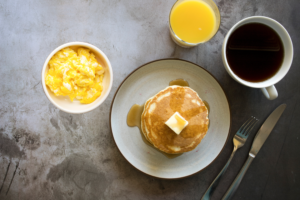 backwards day of breakfast for dinner), and went to bed to watch TV and relax.

The next morning, the “beautiful” bag from the hospital with my belongings was hanging on my closet door. I asked my attendant to go through and get rid of the bag because after multiple hospital stays, I hate having bags like that around. She took out a pair of underwear that looked like boxers. I asked her why I had them. She answered, “You wore a pair home.” Seriously? They are boxers. I guess the hospital thinks they are unisex. 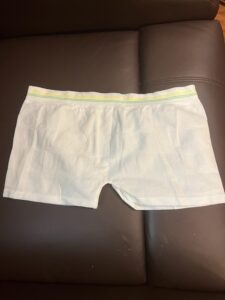 When the hospital asked me for feedback on my procedure and my comments about the hospital, I decided to leave out the boxers. But let’s just say, I have not kept the extra pair and the pair that I wore home. No way. Not part of my wardrobe. 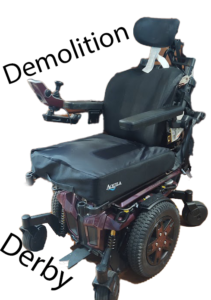 This is likely not surprising to those who know me. My nickname at my former job was “Speedy,” because I roll quickly and keep my chair at the fastest setting. This is a good idea when I’m out rolling in the bike lane, but probably not the best around the house (the walls show it), in an ACCESSIBLE store (I have dragged some clothing racks around), getting in and out of my van (I have gone off the ramp several times), and many others. My most epic story is caused by talking and driving. I was at the US Supreme Court for oral arguments and was talking to my friend as I was rolling out to the ramp. The white marble made it hard to see the difference between ramp and steps, and before I knew it, I was flying down steps. Luckily, guards were present and within seconds they grabbed me, had my chair in place, and I was sitting up. My poor friend almost passed out while I wheeled along my merry way. Even after all that, overall, I’m viewed as a good wheelchair driver. With exceptions, the following being one of them.

There are many trials and tribulations I have written about when you get a new wheelchair. It is like getting a new body because everything changes. One thing that changes is the set up for my desk, because it must be revamped to fit with the height and width of my chair, the design of the joystick (that is what is used to drive), and my tray that holds my book with 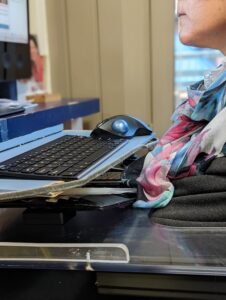 my phone and something to drink or eat. Even with my new and well thought out design of my desk, for some reason, there have been a few incidents when I am driving forward and I go too far, hitting my joystick against the desk and my stomach hard against the wooden shelf that holds the keyboard. My wheels start spinning in place and the pressure on my abdomen nearly makes me pass out. This doesn’t happen frequently, but has occurred on a few occasions. I’m able to call for Tony or my attendant to come to the office. After grasping that I have done this again, they take my chair out of gear and are able to manually move it away from the desk. That allows me to sit up and slowly regain my ability to think straight.

Unfortunately, many times my joystick is bent out of shape and in a position that it makes it impossible to drive. That means it is unusable until I get it fixed or at least jury-rigged so it is drivable. Fortunately, in most cases my husband, one of my aides, or a good friend from upstairs in my building is around to help. So, it hasn’t been a huge issue, although it is a little scary at the time. Yes, I am mad at myself and laughing at the same time.

The most recent time this occurred I called the wheelchair repair company that knows me and one of the technicians calls me “Demolition Derby” for all of my “interesting” adventures that result in him having to make a fix. When the receptionist got my message, I said that I needed my joystick fixed because I was in a “Demolition Derby.” 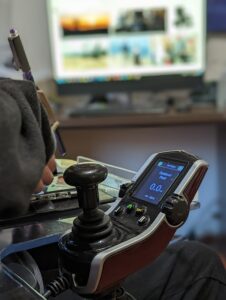 In this instance the joystick was pretty bent out of shape, but luckily my neighbor was at least able to get it to where it was drivable. I went to the shop the next day and it was fixed within five minutes. The technicians and I joked about my “Demolition Derby” status. The receptionist laughed because she thought that I had been competing in an actual Demolition Derby. Hilarious. I don’t know if such tournaments for wheelchairs exist but given the choice I’d rather be stuck under my desk and have it as a nickname.