The Orphan Feed Foundation Gave Me a Different Kind of Adoption

As a quadriplegic, I have found it presumptuous that many individuals make the assumption that I am not married and am unable have children. Once they get over the surprise that I am married, I usually get the question, “Do you have children?” The medical answer is 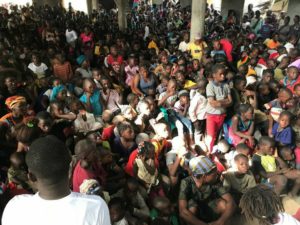 yes and my response to those who ask is that my husband and I do not have children of our own and we are incredibly lucky to have 11 nieces and nephews, one great-nephew and friends with children that we are close to.

I sustained my injury when I was 16 years old. Thoughts of marriage and children were not at the forefront as I was focused on adjusting to my significant disability and finishing my education. As I approached my mid-20s and attended wedding after wedding, I thought a lot more about whether I would ever get married. As I contemplated this, I also realized that my life as a single woman in Washington, D.C., was great. I had numerous friends who were single, a good job and was involved in a variety of fulfilling activities. I was not opposed to having a male companion, but I was OK with whatever life brought my way. As far as having a biological child, after reading the literature and speaking to doctors familiar with SCI and pregnancy, I firmly decided the health risks were too high and I already had children in my life to love and cherish.

After getting married at age 37, my husband, who is also disabled, and I agreed that we were not going to try to have a biological child. Additionally, the energy and time required for work and everyday activities brought us to the conclusion that we would not try any alternatives such as surrogacy or formal adoption. After more than 12 years of marriage, neither of us have felt a void because we do not have a child.

A Personal Connection to Sierra Leone

This past year, one of my attendants, who has been with me for over 25 years, formed The Orphan Feed Foundation for orphans in Sierra Leone, West Africa. All of my personal 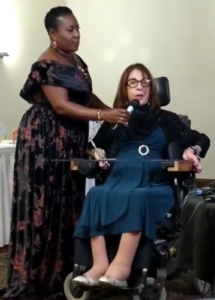 assistants are from Sierra Leone. As a result, I feel a deep connection to their roots and their country. I’m embarrassed to admit that I had not even heard of Sierra Leone until I met them. Deeply affected by the suffering of children in her country, through TOFF my attendant Aminata (Amy) is trying to make inroads into the hunger crisis by helping orphans.

Sierra Leone is a small country that covers approximately 28,000 square miles with a population of a little over 7 million. The history of Sierra Leone has been fraught with an abundance of political and health crises: a culture of bribery and mistrust in the diamond industry; a devastating coup in 1991-2002 that left over 50,000 people dead, hundreds injured, others with life-threatening disabilities, and trained children militants maimed and addicted to drugs; estimates of close to 40,000 individuals impacted by HIV /AIDS; the 2014 Ebola outbreak that overwhelmed the healthcare infrastructure and resulted 3,000 deaths and approximately 10,000 cases of the disease, including additional deaths not related to Ebola itself; and horrific mudslides in the past two years that killed and displaced so many residents that it is impossible to count.

According to UNICEF, the number of orphans in the country is approximately 310,000. That does not take into account children who have a living parent unable to care for their child and willing to give him/her away.

My husband and I became so moved learning about the thousands of orphans that we decided to get involved. Yes, we struggle with our disabilities and making ends meet, but what we deal with is minimal compared to the poverty and hunger experienced by these children.

In January, we ‘adopted’ Charlie. He is 17 months old and was abandoned by his mother immediately after birth. His father begged for him to be taken in because he is old, has no job and cannot feed his son. Merely having clothing, healthcare, clean water and most importantly food,

has resulted in a completely new identity for Charlie.

‘Adopting’ Charlie brings us joy and the opportunity to make a difference. A weekly contribution of $5 can feed a family and a yearly financial contribution ranging from $500-$1,000 ensures that Charlie receives health care, food, clothing, housing and the chance of a promising future. For us, that is what having a child is all about.

To learn more about TOFF, find the foundation on Facebook or on the web.

You know what? I am not required to always blog, talk, or even think about things from the perspective of a person who uses a wheelchair. Although I do use a wheelchair about 95% of the time, it sure as heck is not the main aspect of my life. 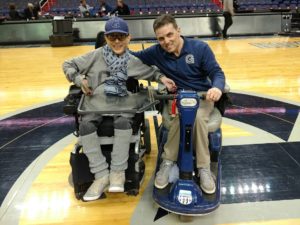 If you follow Happy on Wheels on Facebook, Instagram, Twitter, subscribe to our newsletter, or even just visit our website from time to time, I’m relatively sure you have noticed that we’re big sports fans. Pretty much all sports, but especially NCAA Basketball. Now, I readily admit that NCAA Basketball has some issues, but at this point, those issues aren’t enough to make me give up the sport.

For us, watching college basketball in person or on TV serves as a source of energy and fun. Going to Capital One Arena to watch the Georgetown men’s team play for a few hours is such a release and escape! I don’t have to worry about my condition and its progression. I can simply focus on the game and whether or not the three-pointer that the player took from the top-of-the-key was ill-advised! In those moments, I am not a person who uses a wheelchair, I am just another fan!

It sounds like a cliché to say that you can just forget all your problems by focusing on basketball, but it is true for us. Problems, which are quite abundant in the country and world, do not go away but for a few hours take a backseat and that helps us be happier. A few years ago, Sheri’s Dad, an avid basketball fan, told her that he was so glad we had season tickets to Georgetown Men’s Basketball because he recognized how much we found the games to be important because of the release/escape factor. I completely agree. 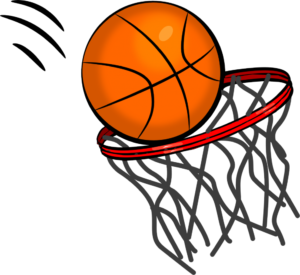