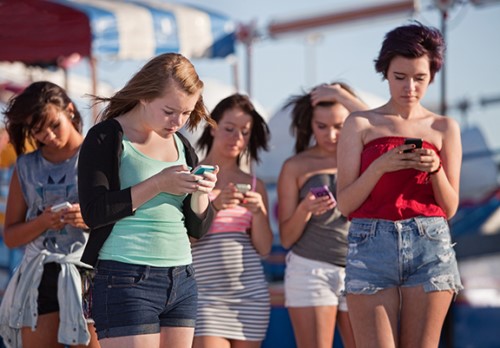 I’ve had enough! I’m hoping those that read this blog will pay attention and change their behavior. It is widely reported in the media and on billboards along the sides of roads that don’t text while driving graphic texting and driving is dangerous. Many innocent lives have been lost through vehicle accidents because drivers have been on the phone talking and/or texting. In many states there are laws prohibiting one or the other or both.

I’m here to offer my take on that behavior in a different context. That behavior is dangerous and is also just plain rude. I am a quadriplegic and use a motorized wheelchair. I live in an urban community in Arlington, Virginia where I have the ability to independently navigate the streets, sidewalks and subway platforms.  Lately, barriers that traditionally have been stairs or out of service elevators, are instead men and women of all ages on their phones.

Pay attention while walking graphic just yesterday, I was driving my power-wheelchair down the sidewalk in my neighborhood and a gentleman was walking towards me, looking at his phone and weaving as he walked. I moved as far as possible to the side of the sidewalk to avoid him, but it was impossible because he wasn’t walking in a straight line. I thought for sure that he would turn and smack right into me. I could envision the scene in my head: he would likely fall over and potentially be injured, another pedestrian would stop, and there would be a whole to do over how the situation occurred and who would be blamed. As I envisioned this scenario, I yelled “sir!” to no avail. After multiple yells he didn’t even look up, so I literally bellowed (which. for me, is not that loud because I have a trach) “watch where you are walking or you are going to get run over!”. He quickly looked up, but at that point he was almost past me. He did not stop, went back to his phone and was completely oblivious once again to everything around him. I took a minute to calm down and then finished running my errands. As I said, he was oblivious to the entire scene…I was not and continue to deal with individually created mobile device danger.

Metro (for readers from out of town, Metro is the name of the DC area subway system) platforms have proven to be similarly, if not more, dangerous and frustrating. You would think that individuals would be more aware and careful given that one side of the platform drops (probably about five feet) to the track bed. I can’t even imagine why people are fixated on their phone and not watching A crowded metro platform where they are going! Metro platforms, of course, have a tendency to be crowded and what makes it even worse for me and many others disabled or not, is that many individuals on the Metro platform also have earbuds on listening to music and/or books and they cannot hear me; so yelling doesn’t usually get any response. I have resorted to wheeling up beside the person and then gently tapping them with my elbow (my movement is very limited) where I can reach them to get his or her attention. No surprise, the individual usually starts a bit, moves a little and never takes the earbuds out and rarely apologizes or says “Excuse me.”

So I ask that everybody exercise common courtesy. Watch where you are walking and look around. Be aware of your surroundings. It might not be an individual using a wheelchair, but someone who is actually trying to steal something, take your phone or otherwise cause harm to you or others. I can’t imagine that anyone or anything is so important that you have to text as you walk. If you need text, move over to the side of the sidewalk or the Metro platform and take care of whatever it is. And if you do so, it might be an opportunity to take a deep breath, look up and relax for even a few seconds!