As we continue to deal with this pandemic, we probably are aware of one of the main issues facing most people, however, we can’t always see everything. And so engaging with people may require us to use a bit of tact. Now, I’m not a professional, so I 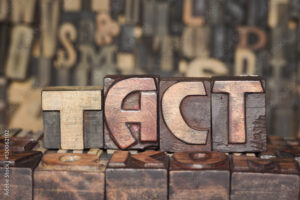 can’t tell you how you should do that, I can only tell you what works for me and maybe you can adapt that to your situations.

The main thing I try to do is to keep myself and my questions/interactions upbeat. By upbeat, I don’t mean all happy and smiley, you can be upbeat/positive about things and situations even if they are extremely upsetting. I learned about that the hard way when Sheri was in the ICU down in Atlanta about 11 years ago.

For me, at the time, music was very important and a big part of my life. And ever since elementary school I had been a Bruce Springsteen fan so it’s not surprising that I turned to Bruce and his lyrics to help me get through tough times. I was never a huge fan of his Lucky Town album (1992), but for some reason, the song Better Days from that album started running through my head constantly and I really can’t believe how much it picked me up when I was down. The lyrics may not be the 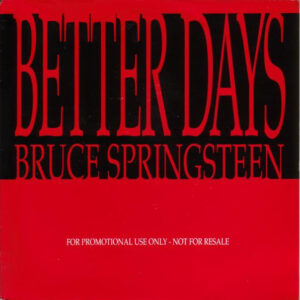 most uplifting of all time or anything like that, but just the chorus lines about “better days shining through” and “better days with a girl like you” definitely picked me up and made me look forward to the future.

I still think about those lyrics today, and plan to for quite a while. Music is extremely powerful and can help with almost any situation. There are so many genres, styles, and types, I’m sure you can find one that works for you. For me it was a Bruce song, but it may certainly be different for you.

Back when I was about 19 or 20 and just starting college at James Madison University, I thought I, pretty much, had a basic roadmap laid out in front of me for the rest of my life. I would be a band director for maybe 10 or 15 years and then I would focus on my saxophone playing, have a great career as a jazz musician, and then 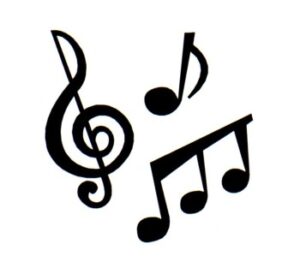 for the remainder of my life, I’d be a much-sought-after big band composer/arranger (and maybe win a few Grammy Awards along the way!).

Life has turned out differently! However, I’m not ridiculously sad about it. Of course I’d be lying if I said that it never bothers me and I don’t miss it, but because I didn’t, exactly, have all of my eggs in one basket, I was able to always keep moving forward even though it was following a different roadmap than I had originally expected.

Life seldom turns out completely as expected and by not putting all your eggs in one basket you will always have options. I’m not saying you shouldn’t go “all in” on something and do everything in your power to achieve certain goals, however going “all in” does not preclude having some “fall back” options. These “fall back” options aren’t automatically lesser options; they can mean just as much as your first choice after a while. It is, in no way, simple or non-grievous to leave your first choice and go to a “fall back” option. But, sometimes it’s not within your control. There can be many reasons why your first choice doesn’t work out. Issues such as, but not limited to financial, physical, psychological, some health issue; short-term or long-term; or a combination of factors. But don’t think of your “fall back” option as a lesser option. 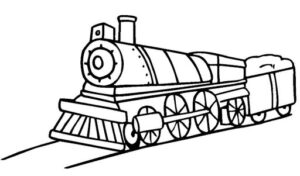 As stated above, music was my first choice and I was enjoying the ride on that train for quite a while until it slowly started to derail due to my physical issues. Because I saw what was happening to me, I knew I needed to figure out a way to change course because my first choice was starting to derail. So, I went back to school and got my graduate degree to be a special education teacher. In another few years, that train started to derail (mainly due to my hearing issues associated with my degenerative disability) and I once again changed course and became a counselor for other people with disabilities. That became increasingly difficult (again, mainly due to my progressive hearing issue) and I resigned from my job to take a big leap and start a new business with my wife, Happy on Wheels, LLC.

So in all the analogies in the previous paragraph about a train derailing, I was fortunate that I had not put all my eggs in one basket and so instead of my train derailing and ending up as a twisted hunk of metal, it derailed and jumped tracks. I continued to move forward, because I had “fall back” options if things didn’t work out.

Choose to Be Happy

For those of you who don’t know my past, here’s a brief synopsis: I started playing piano when I was about 8 years old. When I was 10, I switched to the alto saxophone 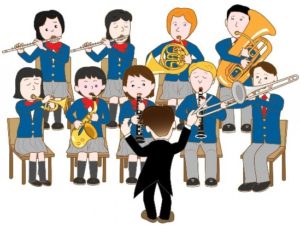 and never looked back. I played through high-school and then got my Bachelor’s of Music Education degree from James Madison University in 1992. I was ready to go teach band in public schools, or so I thought.

When I was a freshman at JMU, I was referred to the Disability Services Office (the fact that I was referred there by a third-party who had had limited personal interaction with me about the issues is rather questionable, but that’s a topic for a whole different blog). I was beginning to walk funny, so that made marching band more difficult. But I didn’t think it would get worse and especially not be a progressive disability that I would have to deal with for the rest of my life.

My disability is Friedreich’s Ataxia (FA) and if you want to learn more about it, you can visit the National Ataxia Foundation (https://ataxia.org/). First of all, it screwed up my balance, and I now use a wheelchair (manual right now, but will likely have to switch to a powerchair as the FA gets worse). Next it impacted my physical coordination, making my ability to play the saxophone difficult and because FA is progressive (meaning it gets worse over time) I eventually stopped playing. Another aspect of FA is that one’s hearing is affected and my hearing deteriorated to the extent that hearing aids would not help.

In 2010, I got a cochlear implant in my right ear and it definitely helps, but it did not bring my hearing back to normal. My hearing loss is not so much that I’m unable to hear sound, it’s more that I can’t 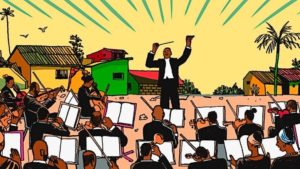 discriminate among the sounds I hear so everything is one big jumble. And that goes for speaking as well as music. Because I know what I should be hearing when I listen to music and I have a hard time doing so, whether it’s the cellos in Leonard Bernstein’s Jeremiah Symphony, Maynard Ferguson’s trumpet in the Stan Kenton Orchestra, or Angus Young’s guitar in AC/DC, I find no enjoyment in listening to music anymore. For someone who imagined their life focused on music, this is a big gap in something that I found so enjoyable.

You may wonder how with such a profound loss that I can be happy. I must admit, I get frustrated that I can’t hear music and it is difficult to follow a conversation when there is background noise.  But I realized that being angry about it all the time was not going to change anything. Since so much of my life is beyond my control, I find other things to focus on for enjoyment that are in my control. I have accepted the fact that large groups will be difficult for me and following the conversation will be hard. So I do go to events with large groups of people, but I try to do smaller activities with friends and family to make it easier to hear. As far as music, I still go to the theater and see either open captioned shows that I am familiar with or go to a theater near me where there is no dialogue and the costumes and dancing show the emotion of the actors. The bottom line is that only I can control is whether I am happy or not. And I have chosen the former; instead of grieving the loss of my hearing I do the best I can. I choose to be happy.